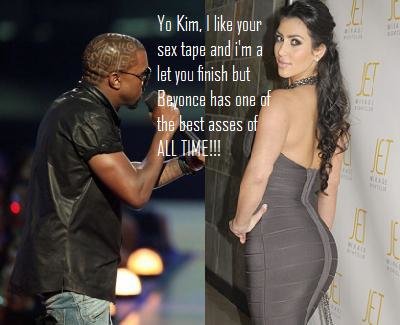 Yo Kim Kardasianm I like your sex tape and imma let you finish but Beyonce has one of the best asses of all time!