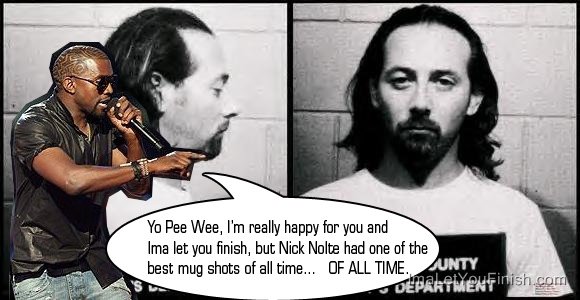 Yo Pee Wee, i'm really happy for you and ima let you finish, but Nick Nolte had one of the best mug shots of ALL TIME. Kanye West interrups Pee Wee
Tags: pee wee.