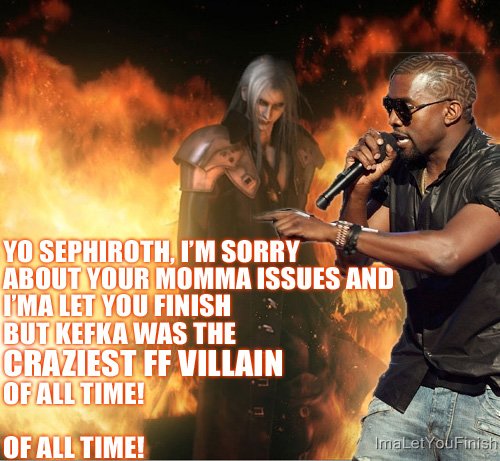 Yo Sephiroth, I'm sorry about your momma issues and I'ma let you finish, but Kefka was the craziest FF villain of all time. OF ALL TIME. Kanye West interrups Sephiroth.
Tags: sephiroth.