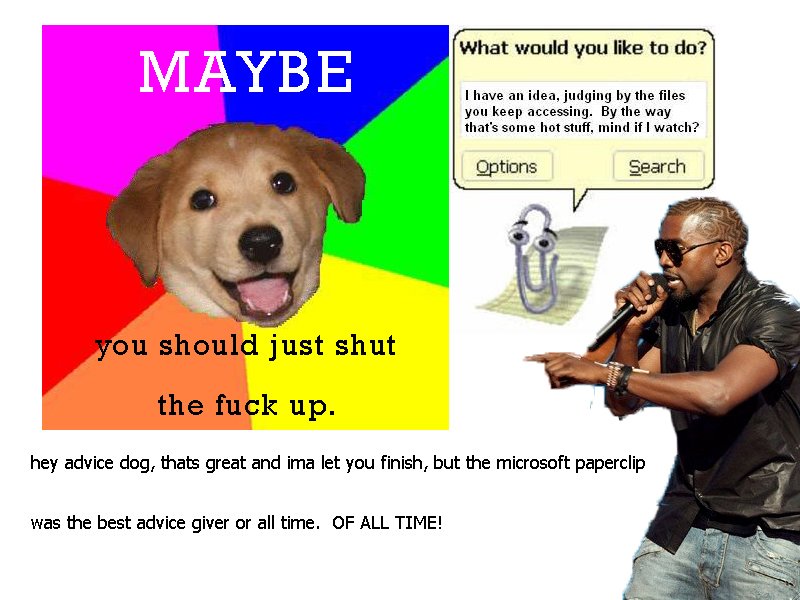 Yo dog, Im happy for you, and imma let you finish, but i'm one of the darkest assholes of all time. Kanye interupts a dog going poo. (BTW he is giving Bill Clinton a poo mustash)
Tags: Bill clinton.

Responses to “Kanye Will Let A Dog Pooing Finish”