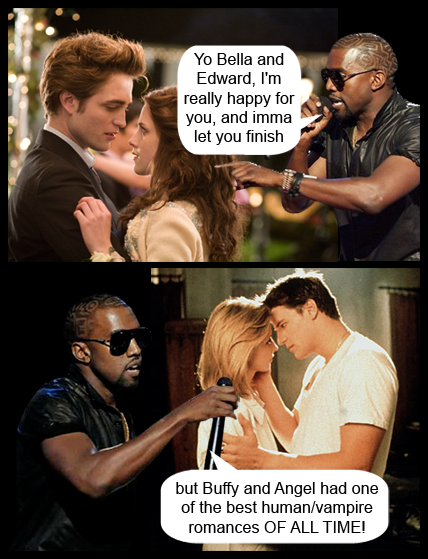 Buffy and Angel had one of the best human/vampire romances of ALL TIME.
Tags: Angel, Buffy, Edward Cullen.

Responses to “Kanye will let Bella and Edward finish”