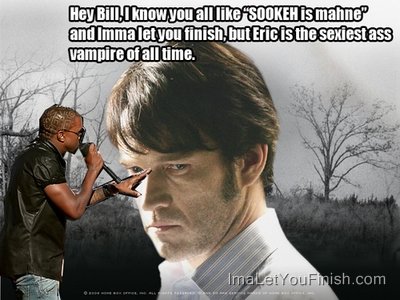 Hey Bill, I know you are all like "Sookeh is mahne!" and imma let you finish, but eric is the sexiest ass vampire of all time.
Tags: true blood.