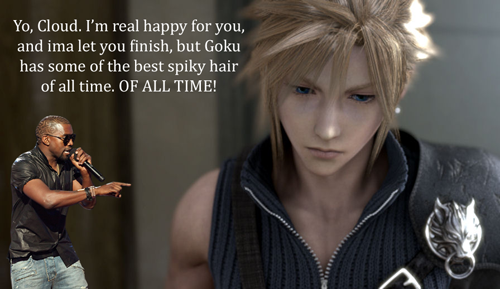 yo Cloud, I'm really happy for you and ima let you finish, but Goku has some of the best spiky hair of all time!
Tags: cloud, goku.