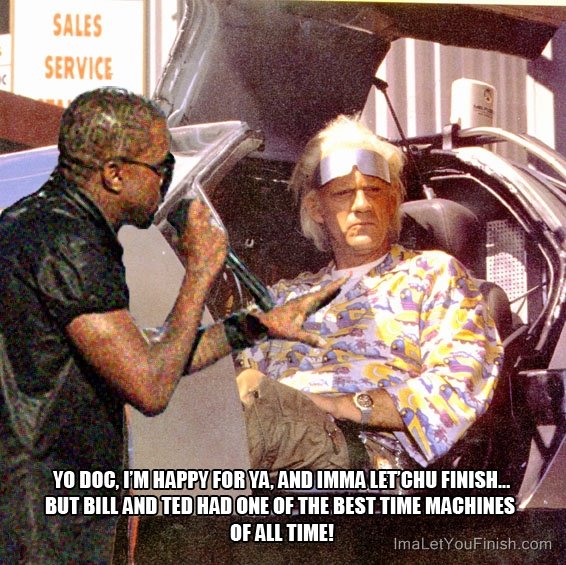 Yo Doc, I'm happy for ya and Imma let you finish, but Bill and Ted had one of the best time machines of all time
Tags: back to the future.