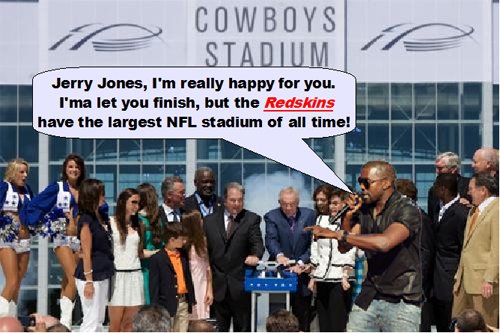 Jerry Jones, I'm really happy for you. I'ma let you finish, but the Redskins have the largest NFL stadium of all time!
Tags: Jerry Jones.