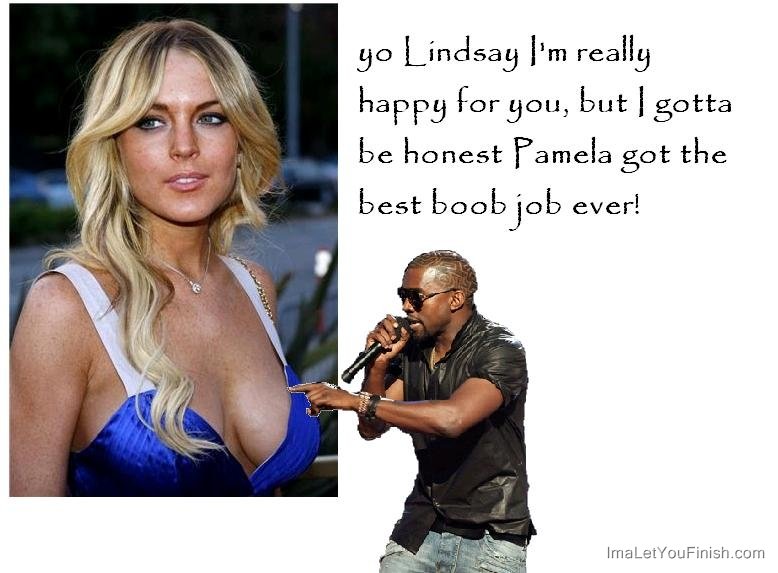 Yo Lindsay Lohan, I'm really happy for you, and Imma let you finish but I gotta be honest Pamela got the best boob job ever