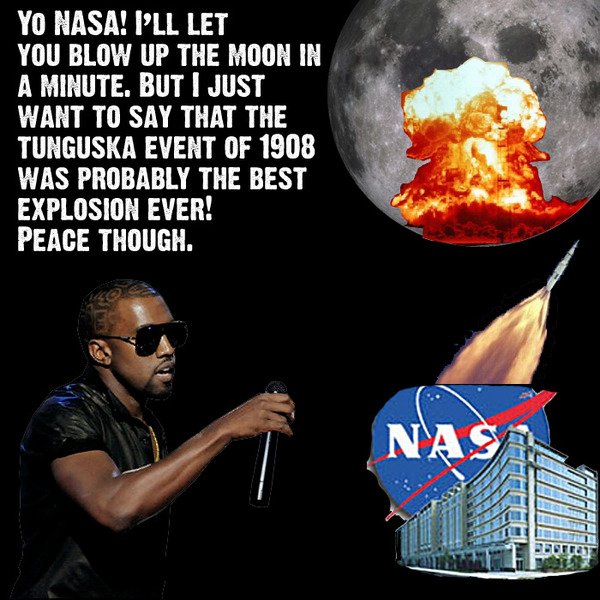 Yo NASA,  I'ma let you finish blowing up the Moon, but I just want to say that the tunguska event of the 1908 was probably the best explosion ever! Although the cause of the explosion is up for debate, it is commonly believed to have been caused by a large meteoroid or a small piece of comet at an altitude of 5–10 kilometers (3–6 miles) above the Earth.  Studies have shown varying estimates of the comment/meteoriod size, with an agreement that it was a few tens of meters across.
Tags: NASA.