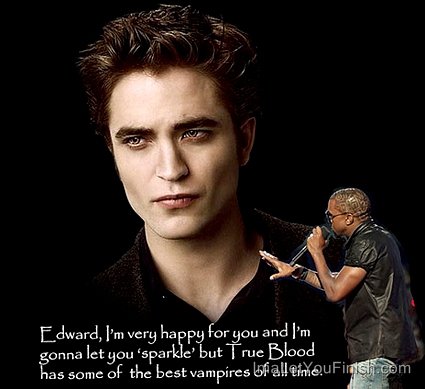 Edward, I'm very happy for you and I'm gonna let you 'sparkle' but True Blood has some of the best vampires of all time.
Tags: edward.