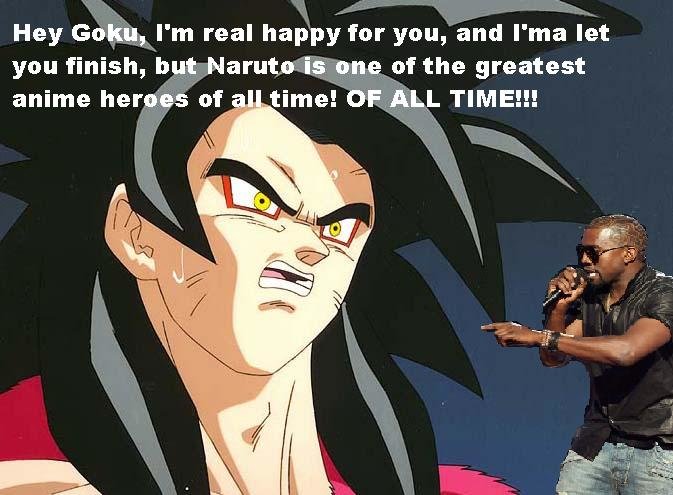 Yo Goku, I'm really happy for you and ima let you finish, but naruto is one of the greatest anime heroes of all time! Kanye interrupts Goku.
Tags: goku, Naruto.