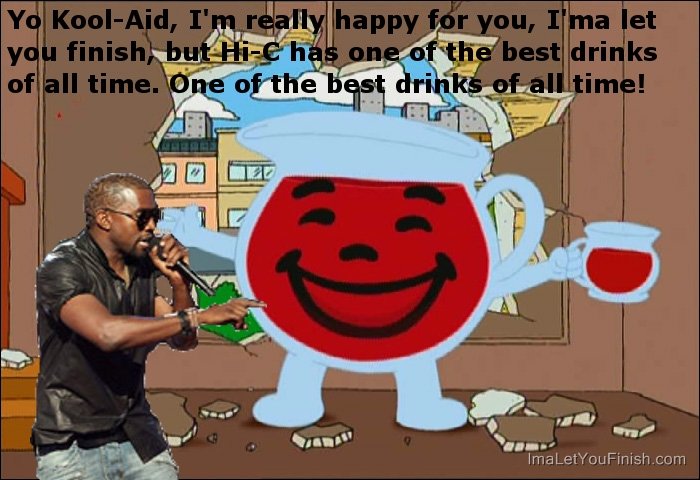 Yo Kool-Ai, I'm really happy for you, Ima let you finish, but Hi-C has one of the best drinks of all time.
Tags: kool-aid.