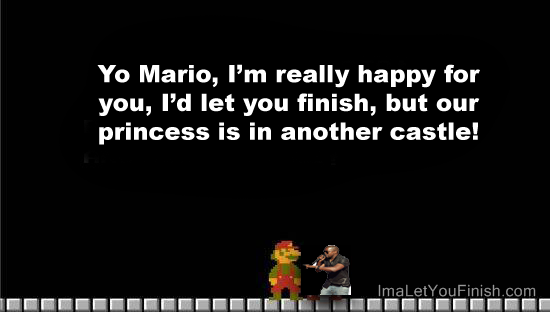 Yo Mario, I'm really happy for you, I'd let you finish, but our princess is in another castle! Mario Rom
Tags: mario.