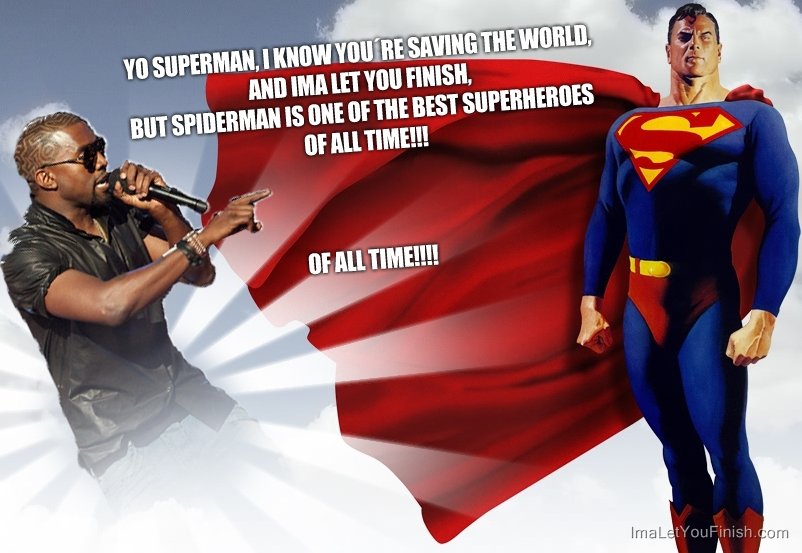 Yo Superman, I know your saving the world and Ima let you finish, but Spiderman is one of the best Superheroes of all time.
Tags: Superman.