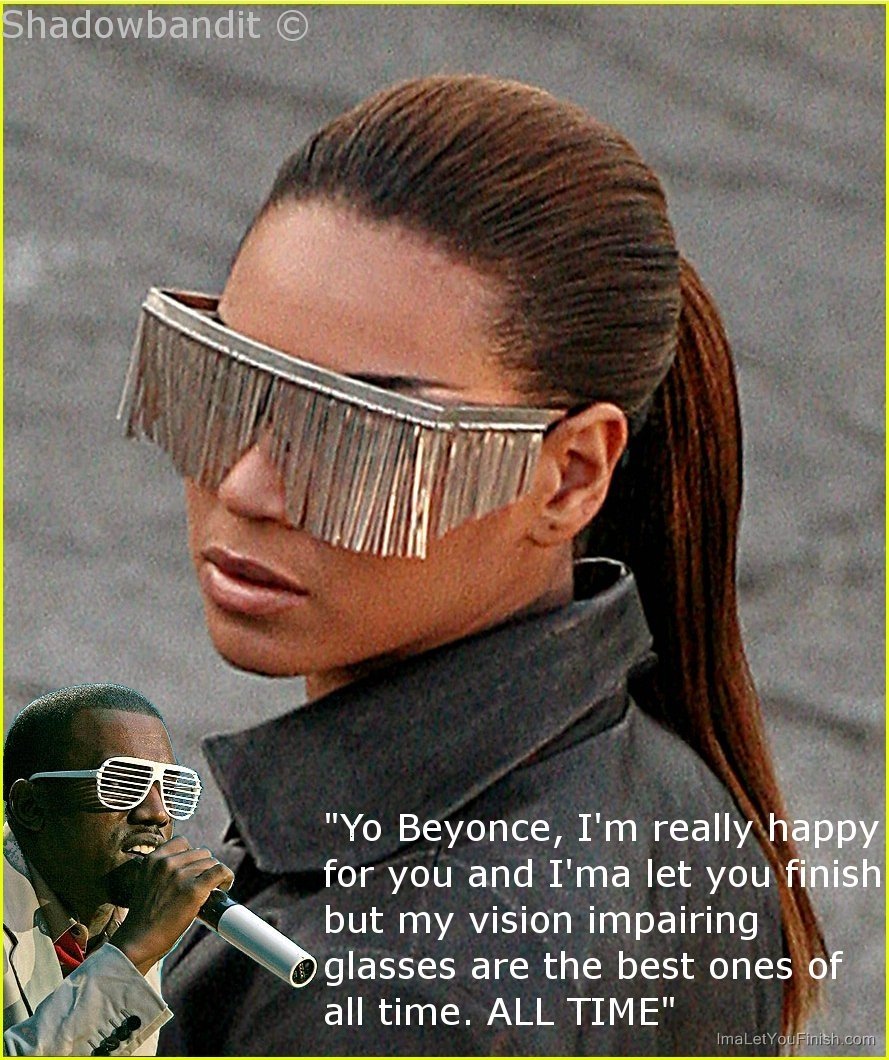 "Yo Beyonce, I'm really happy for you and I'ma let you finish but my vision impairing glasses are the best ones of all time. ALL TIME"
Tags: beyonce.