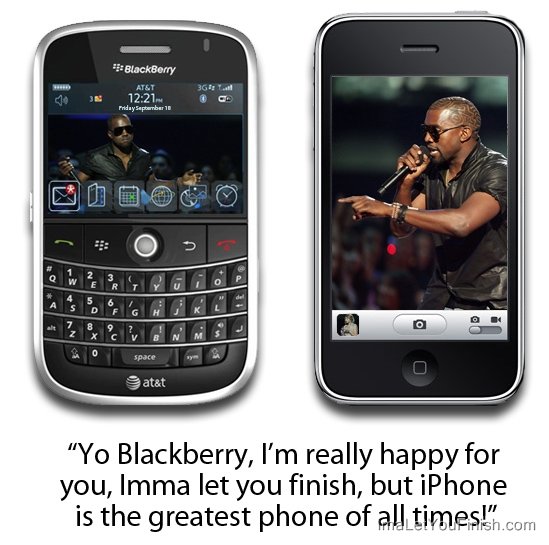 Yo Blackberry, I'm really happy for you, Imma let you finish, but iPhone is the greatest phone of all times!
Tags: Blackberry, iPhone.