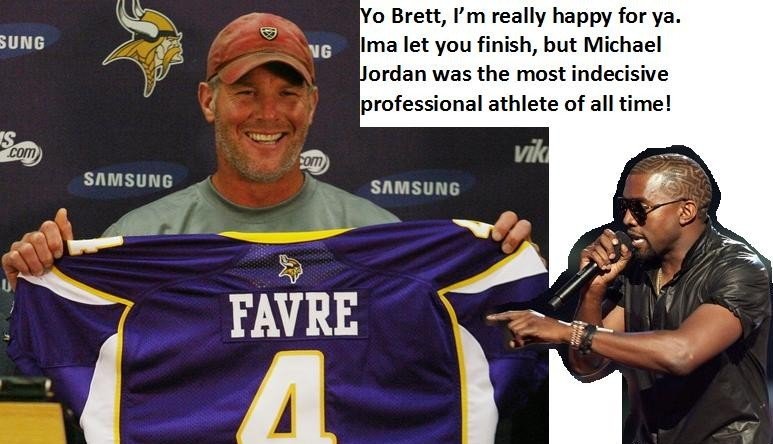 Yo Brett, I'm really happy for ya. Ima let you finish. But Michael Jordan was the most indecisive professional athlete of all time!
Tags: Brett Farve, Michael Jordan.