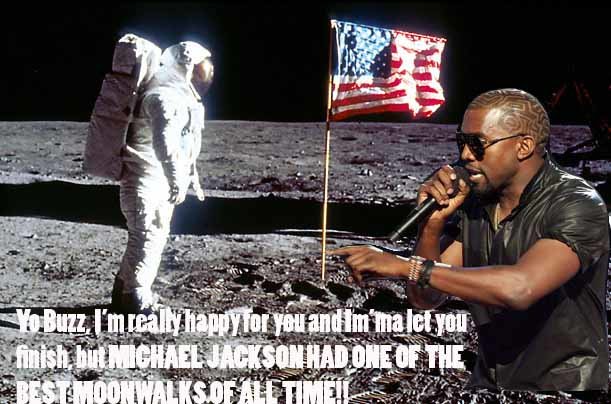 Yo Buzz Aldrin, I'm really happy for you and Imma let you finish, but Michael Jackson had one of the best moonwalks of all time! Kanye interupts Buzz Aldrin. This guy submitted this photo for a photoshop class. Good luck on your grade!
Tags: Buzz Aldrin, michael jackson.