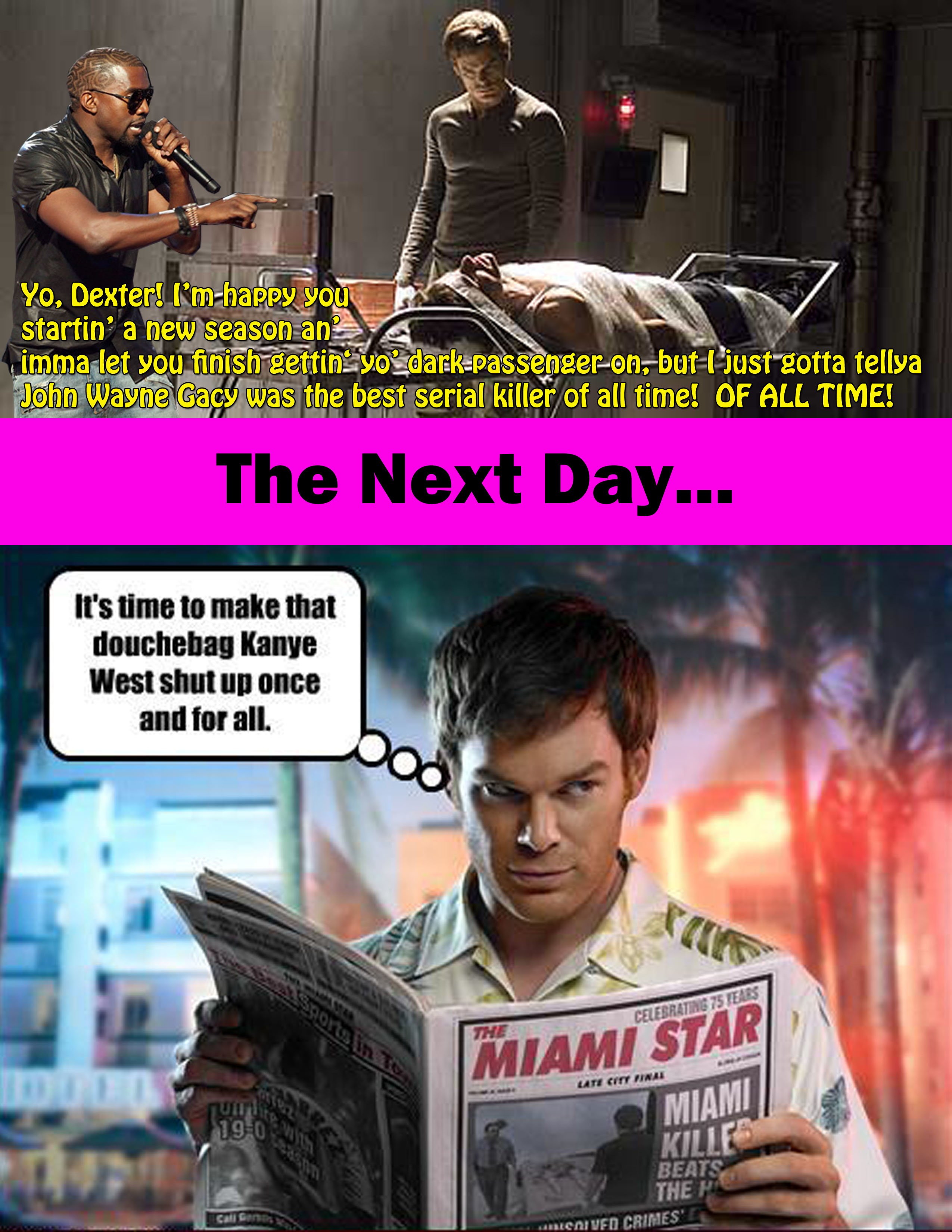 Yo, Dexter! I'm happy you startin' a new season an' imma let you finish gettin' yo' dark passenger on, but I gotta tellya John Wayne Gacy was the best serial killer of all time! OF ALL TIME!