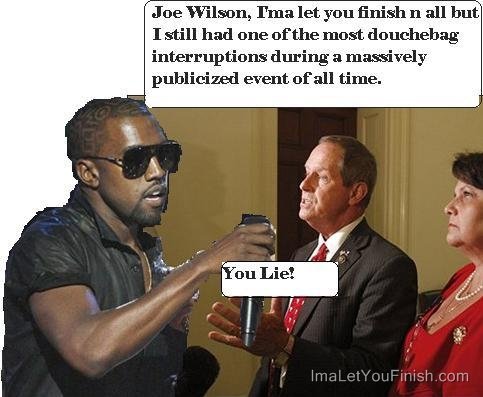 Joe Wilson, Imma let you finish and all but I still had one of the most douchebag interuptions durring a massively publicized event of all time.
Tags: Joe Wilson.