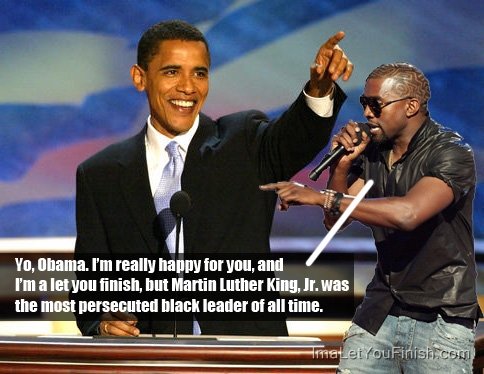 Yo Obama, I'm really happy for you and I'ma let you finish, but martin Luther King Jr was the most persecuted black leader of all time.
Tags: obama.