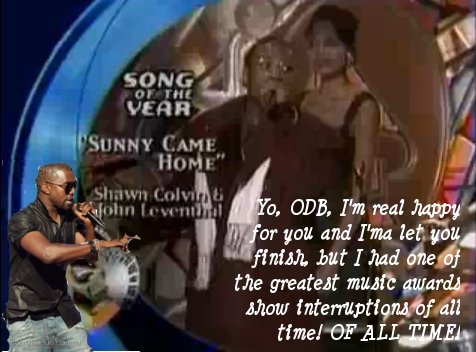 Yo, ODB, I'm real happy for you and I'ma let you finish, but I had one of the greatest music awards show interruptions of all time! OF ALL TIME!
Tags: old Dirty Bastard.