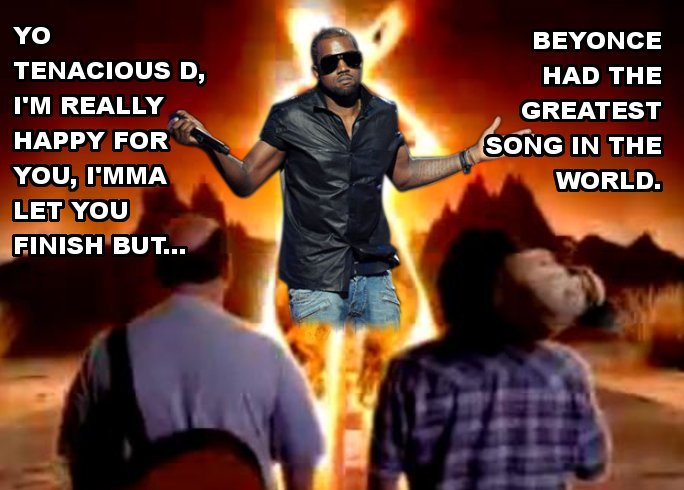 Yo Tenacious D, I'm really happy for you, I'mma let you finish but... Beyonce had the greatest song in the world.
Tags: Tenacious D.