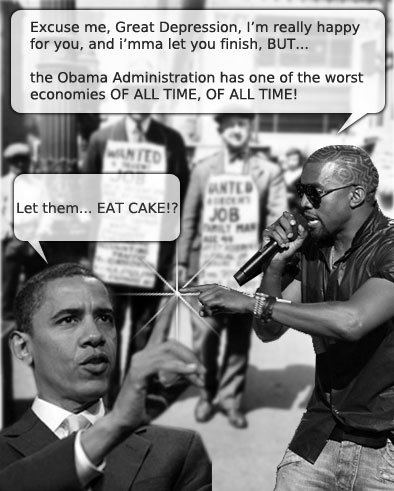 Exuse me great depression, I'm really happy for you and imma let you finish but the Obama Administration has one of the worst economies of all time! Yet another Kanye Obama meme.
Tags: Great Depression, obama.

Responses to “Kanye Will Let The Great Depression Finish”