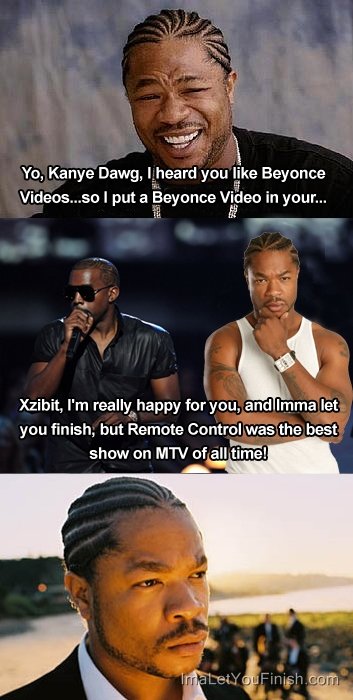 Yo Kanye Dawg, I heard you like Beyonce Videos....so I put a Beyonce Video in your... Xzibit, I'm really happy for you, and Imma let you finish, but Remote Control was the best show on MTV of all time
Tags: Xzibit.