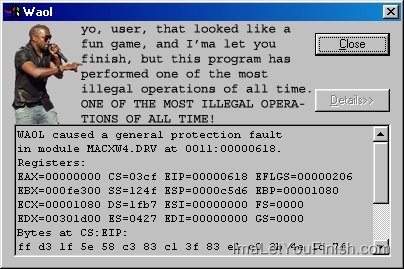 Yo, user, that looked like a fun game, and I'ma let you finish, but this program has performed one of the most illegal operations of all time. ALL TIME!
Tags: critical Error.