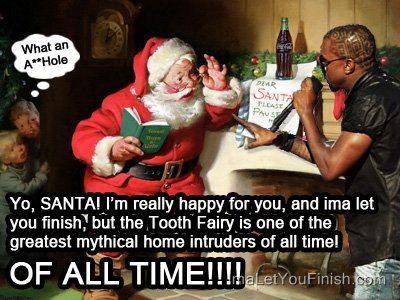 yo santa, i'm really happy for you, and imma let you finish, but the tooth fairy is one the best mythical home intruders of all time! Kanye West interrupts Santa.
Tags: Santa.