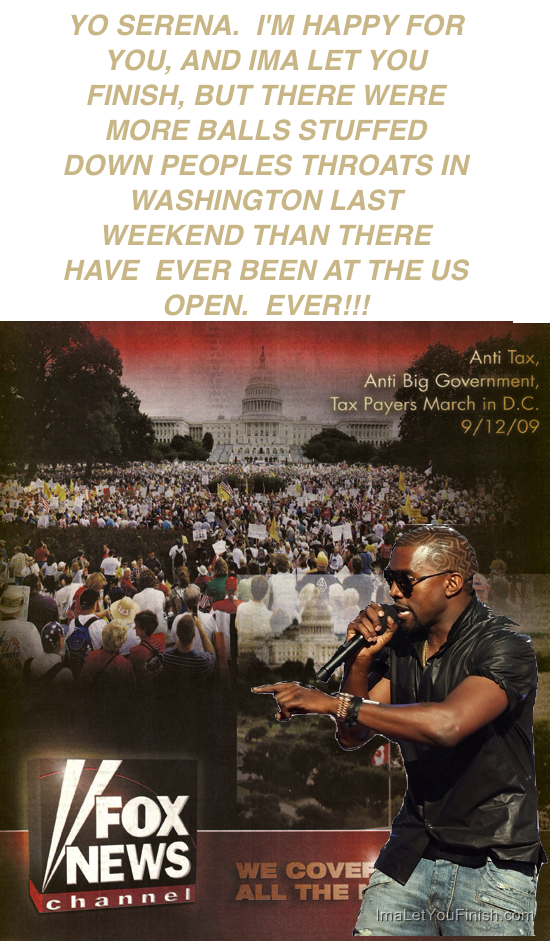 Yo Serena. I'm happy for you, and Ima ket you finish, but there were more balls stuffed down peoples throats in Washington last weekend than there have ever been at the US Open. Ever. Kanye West interrupts tea baggers.
Tags: tea baggers.