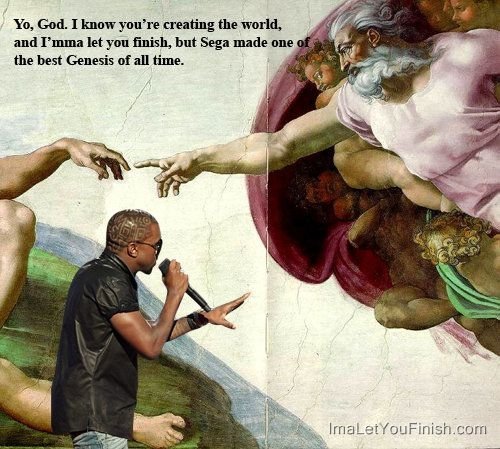 Yo God, I know you're creating the world, and Imma let you finish, but Sega made one of the best Genesis of all time
Tags: god.