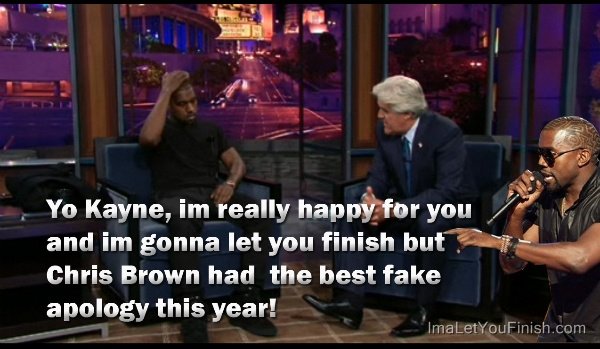 Yo Kanye, I'm really happy for you and im gonna let you finish but Chris Brown had the best apology this year!
Tags: chris brown.