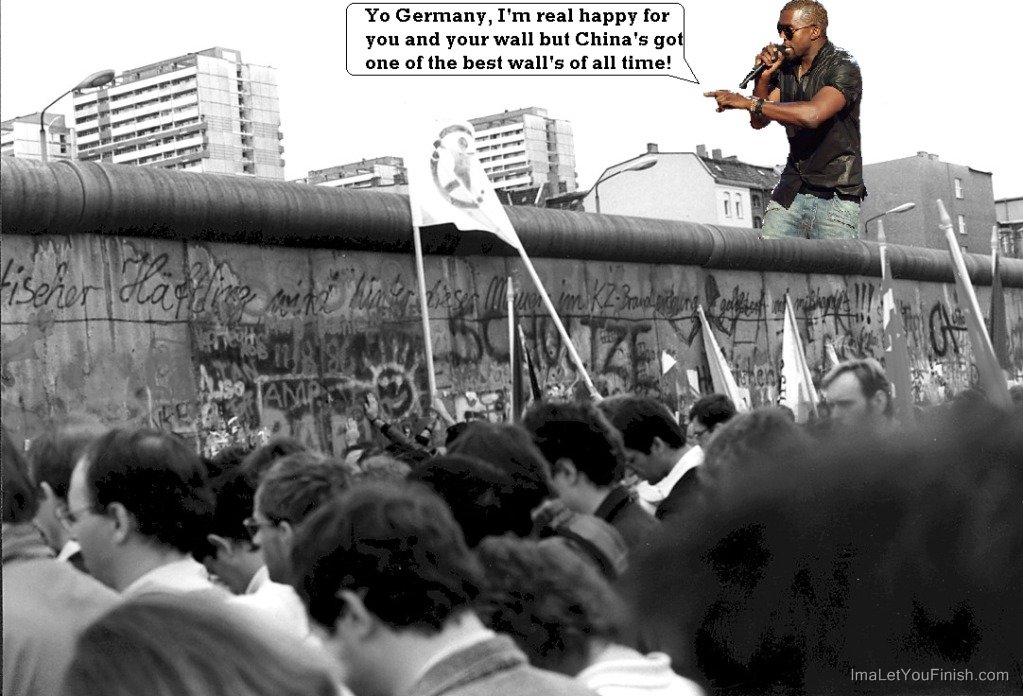 Yo Germany, I'm really happy for you and your wall but China's got one of the best wall's of all time!
Tags: berlin.

Responses to “Kanye Will Let The Berlin Wall Finish”