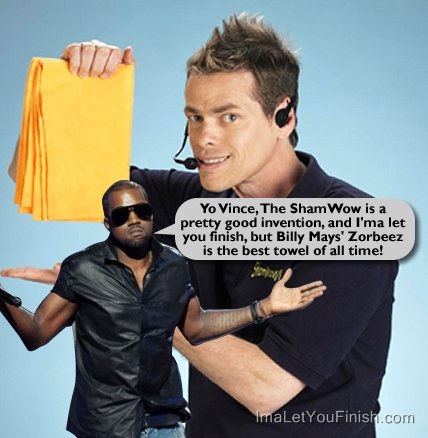 Yo Vince, The ShamWow is a pretty good invention and I'ma let you finish, but Billy Mays' Zorbeez is the best towel of all time.
Tags: sham wow.

Responses to “Kanye Will Let The Sham Wow Guy Finish”