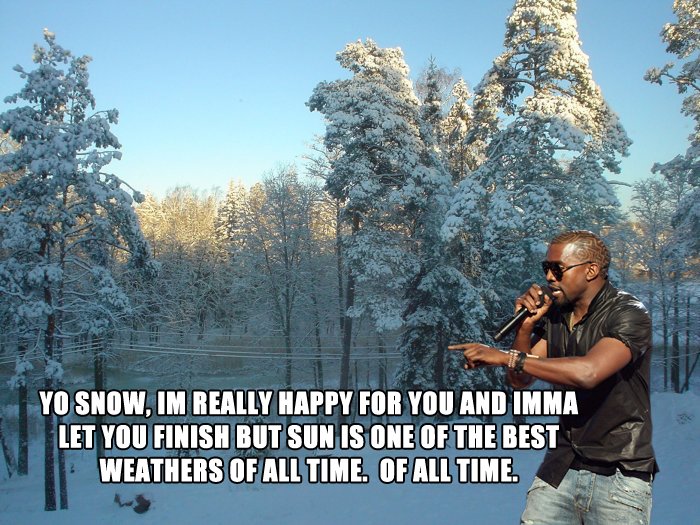 Yo Snow, im really happy for you and Imma let you finish, but Sun is one of the best weathers of all time.
Tags: Snow, Sun.